The Queens, Warwick on Eden, Carlisle is a country pub and dining room with five letting bedrooms.

When new tenants took over the Queens at Warwick on Eden, Carlisle they knew the kitchen team needed some support and there was an opportunity to be more efficient with the operation and produce less waste. The opportunity to take part in the Guardians of Grub food
waste reduction trial came at the perfect opportunity for them to help influence and engage the existing team in the new business.

Nicola briefed the team on how to separate and record their food waste to understand exactly what they were
wasting and to help identify how to reduce this.

“The new tenants quickly engaged with the processes and worked hard to get the rest of the team on board. The chefs started to see results come through immediately which helped the project to gain momentum and deliver some staggering results.”

Once the first week of data was recorded it showed that the largest amount of food waste was coming from preparation.

After the first week, when results were recorded with the team working as usual, changes were made to try and impact the amount of waste produced.

The waste results were written down on the Guardians of Grub tracker sheet and submitted to Thwaites every week for recording and to help with the analysis process. 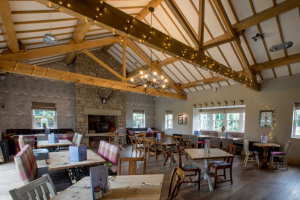 “It was really straightforward to get the project started. The tools from the Guardians of Grub website were really easy to use and we only invested in a set of luggage scales, clear bin bags and clear plastic tubs and we were ready to go.”

In the first week of measuring, the business operated as usual to see what the real volume of food waste was. The average amount of waste per cover was 431g which would cost the business over £11,000 over the course of a year using the Guardians of Grub Tracking Calculator and showed where the savings could be found.

Through effective implementation of some simple changes, significant results were delivered in just four weeks:

Over the four week period, waste was down by 62% overall which equates to an approximate saving of around £7,000 over the course of a year. This will have a positive impact on GP for the business and allows for a more efficient operation and also engaged the team with the new operators.