The Ship Inn, near Barrow in Furness, Cumbria serves a traditional menu with an emphasis on home cooking. Smaller portions, happier customers –and total waste reduced by 72%.

Dave, tenant and licensee at the Ship Inn, decided to try separating and measuring food waste at the suggestion of his Business Development Manager. The process appealed because of its potential as a cost saving, labour saving and food waste reduction project. Dave was aware of some waste coming back on plates and, although the primary driver was financial, he hoped to increase his gross profit on food. Dave also “doesn’t like to see waste on principle”.

Nick Burns, Robinsons Food Development Manager, briefed Dave on how to monitor food waste by separating it into three bins for ‘spoilage’, ‘prep’ and ‘plate waste’. Dave then briefed the kitchen and front of house staff.

While it was a little difficult getting buy in from the staff at first, once the process was underway he said they “really started to see the point”.

The bins were weighed and emptied at the end of each night by Dave who kept a note of the weights and entered them into the Food Waste Calculator developed through the Manchester Metropolitan University Greener Retailing project with Robinsons brewery. The calculator covers a four week measurement period and works out how much waste is in each category as well as the annualised cost and the difference between the first and four weeks of measurement.

Introduce changes one at a time. Use the Tracking Tools here

“The savings you make over a year, the improved experience of customers and better understanding and skills of kitchen staff really make this worth doing. You might think you don’t have the time to do this but you do. Once you get the buckets in the kitchen and brief the staff it really doesn’t take much time at all”

In the first week they measured waste, the pub threw away as much as 13.5 kilos of food per day worth an estimated £16.20. Over the course of a year this would amount to 2.8 tonnes with a value of £3,418. Taking into account the associated costs (e.g. energy for cooking and storage, staff time, water and waste disposal) the true cost of food waste to this pub per year was estimated to be £6,040

Dave says the staff were “gobsmacked” when he reported back the figures after the first week of measuring and they started to put changes into place every week after that.

Spoilage reduced by 84% as waste awareness among kitchen staff was raised and working practices improved as a result.

Prep waste was down 80%, mainly as a result of switching to pre prepared vegetables and pre cut chips.

Plate waste was reduced by 67% by offering smaller portion sizes, particularly chips and putting out smaller portions of sauce. Customers are welcome to more sauce if they want it and only have to ask. The kitchen also stopped putting garnishes on sandwiches, burgers and other meals. The changes have gone down well with customers who are happy to have lighter options.

At the end of week four there was a very substantial reduction in waste across the three categories. Between week one and week four, the total amount of waste reduced by a massive 72% with an estimated annual saving of £2,454. 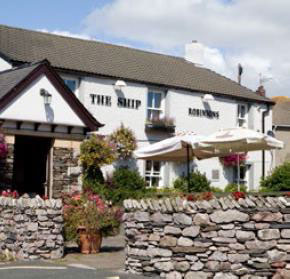